A cockroach minding their own business falls into a complicated situation where they have to decide if they want to help a depressed devil girl named LiLy; who’s suffering.

This is only the first chapter of the game. (demo)

My name is Apple. I created LiLy's Revenge back in 2008.  LiLy was just some doodle back then about a depressed devil girl, then it turned into an illustrated series. A devil girl avenges herself by torturing those who hurt her.

I hope you enjoy chapter 0. and stay interested enough to play more chapters in the future.

PS: Find all 4 achievements to get free stuff from LiLy. (Go to "About" section for instructions) >=)~

Thank you for the prize! It's awesome I really appreciate it  :D

WE DID IT?! We beat the challenge and won a prize?! (Unboxing later! Sorry, there are demons to rescue!)

Absolutely adore the artstyle and when I stopped sucking at the game it wasn't near as bad as I originally thought. It did give me insane lion king for the sega genesis ptsd flash backs though. Near impossible to tell what platforms are solid outside the fast stupid dog/cat thing that's supposed to lead you/squid is obviously from a naughty anime with all his tentacle smacking. My play through with all achievements(which were hid in awesome ways) here:

Thank you so much! Lion King was a big inspiration for chapter 0. I grew up playing it on Sega and actually beat it due to it being one of my only two games.

your gamer level is 1000x greater than mine Pocahontas and Lion King for the sega/SNES haunt me til this day I don't think I beat the first stage on either to be real good job and I love how you hid the achievements! Look forward to your future chapters.

I don't know if this is a bug or i'm missing something, but I can't jump over the fence in the first screen lol 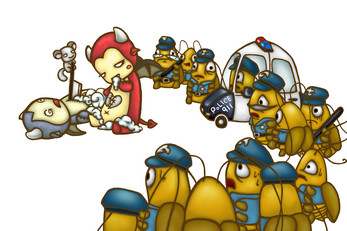 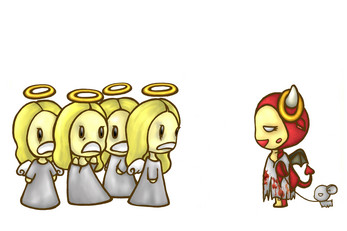